Learning from Nature to Create a More Peaceful World 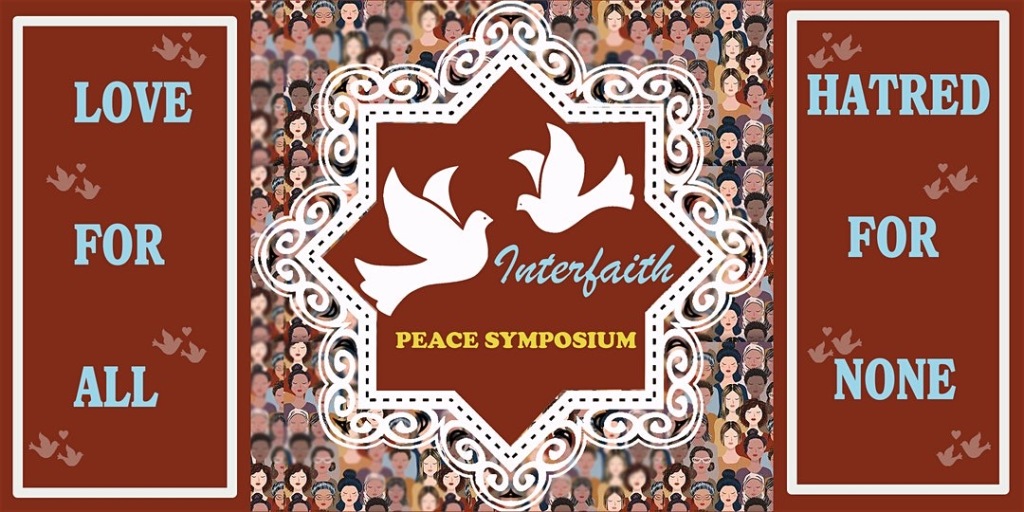 On the eve of International Women’s Day, I had the honor of attending and speaking at the Interfaith Peace Symposium, an event to unite women of diverse faiths and backgrounds on the theme of ” Women as Architects of Peace.” It was graciously hosted by the women of the Ahmadiyya Muslim Community (AMC) (GA Chapter) organized under the banner of the Ahmadiyya Muslim Women’s Auxiliary (AMWA) (GA Chapter).

AMC believes in building bridges of understanding and promoting peace and tolerance through discourse, interfaith dialogue and service to community. It’s members consider loyalty to the country as part of faith and strive to live by its community motto: “Love for All, Hatred for None.”

Some people asked me for a copy of what I spoke about so I thought I’d share it here. END_OF_DOCUMENT_TOKEN_TO_BE_REPLACED

Sacred Activism: Finding the Courage to Move through Despair to Empowerment

In the spiral of the Work That Reconnects, as well as in many indigenous and faith traditions, we begin with gratitude. Thank you for inviting me here today to talk about Sacred Activism and asking me to facilitate a workshop here later this afternoon. I am honored to be here and grateful to have the opportunity to share this message.

I know that in these challenging times, it may feel especially difficult or maybe even insincere to start each day with gratitude, but even simply paying attention to our breath, and being grateful that we are participating in that sacred exchange with the earth is a grounding and stabilizing practice.

From there, gratitude begins to well up from the little things; birdsongs in the morning, a hot cup of coffee, a laughter-filled conversation with a friend.

The more I make a habit of focusing on what I was grateful for, the easier it was for me to choose where to put my energy. I direct my efforts more towards what I love, rather than saying yes to things out of a sense of obligation. This is the central question of Sacred Activism – “How can I put my love into action?”

Sacred Activism is when our desire to create positive change and subsequent actions are fueled by a force greater than ourselves.

Other ways to think about it are: When Spirit Meets Action, Gandhi and Martin Luther King, Jr called it Soul Force, or it’s asking, “How am I being called to serve?”

END_OF_DOCUMENT_TOKEN_TO_BE_REPLACED 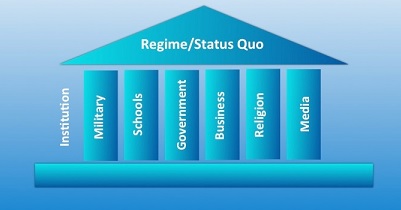 The concept of Pillars of Support was developed by civil resistance trainers who realized that the military, schools, civil service and courts, business community, churches, and media, are some of the main pillars that give structural stability to the status quo.  If enough of these institutions pull their support, the system will collapse, and the movements will succeed.

Mark Engler, author of This Is an Uprising: How Nonviolent Revolt Is Shaping the Twenty-First Century, writes:

In a democratic society, the result of the pillars falling might not be a change of regime, and yet the results can be just as profound: the removal of social supports for the status quo can mean the end of a system such as Jim Crow segregation, for example.

The pillars allow for better strategic thinking on the part of those trying to force change. Activists can more clearly predict what it will take for a regime to fall. They can scheme about how they might undermine one or more of the various sources of social support for the system—removing the backing of the clergy, for example, or prodding the press to adopt a more critical posture—and thus place the rulers on an ever-wobblier foundation.

I partner with Georgia Interfaith Power and Light to lead Sacred Activism workshops, because I love to help people experience our interconnectedness, and tap into their inherent gifts so that they can be joyous stewards of creation. I also believe in GIPL’s mission of engaging communities of faith in creation care, because history has shown the power and efficacy of religious institutions when they challenge the status quo.

If we advocate for a world where people and the planet are factored into policies at least as much as profits, we will co-create a sustainable, peaceful, and equitable future where all beings can thrive.