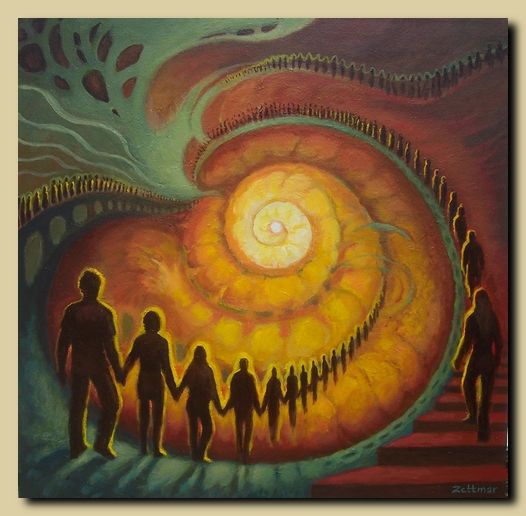 On March 24, 2018, I went to the March for Our Lives in Atlanta with my son and some of our friends and it felt like the tide was starting to turn towards putting lives first and enacting common sense gun laws. But since the march, four more school shootings have taken place, in addition to the US national average of 96 people a day! who are killed with guns. 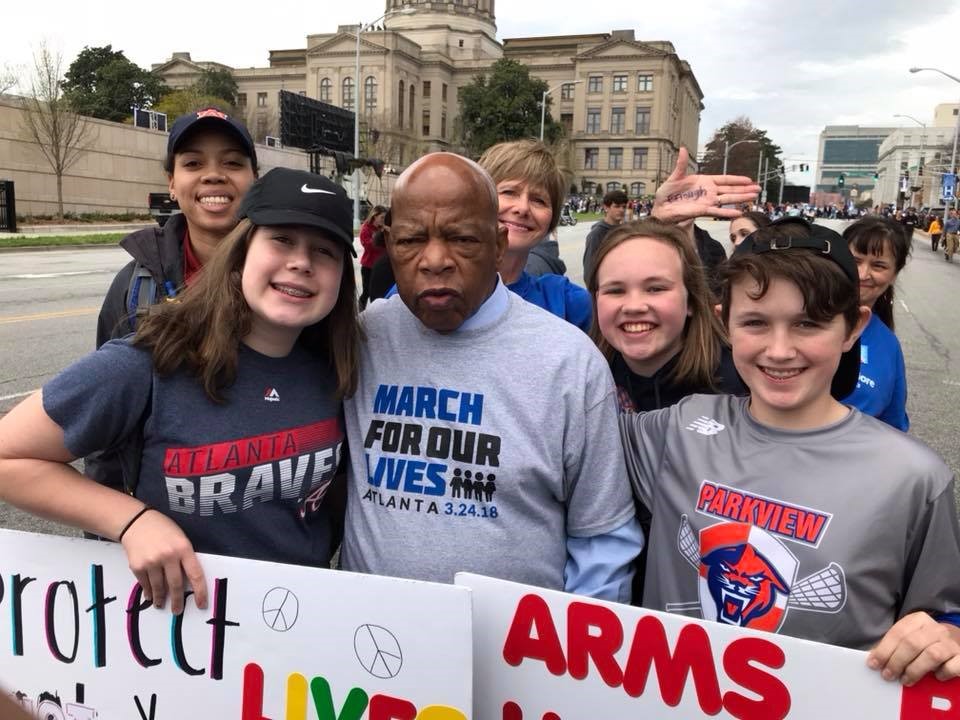 Feeling overwhelmed by the ongoing trauma, I turned away from the coverage of the Santa Fe, TX shooting and in a few spare moments, I turned on the Royal Wedding just in time to see Reverend Michael Curry, the presiding bishop of the American Episcopal Church, deliver a moving sermon on love in Windsor Castle. So what started out as an escape, became an inspiring reminder that there is another option besides turning away, head down, one foot in front of the other. As Reverend Curry proclaimed, I can turn towards “the redemptive power of love. And when we discover that we will be able to make of this old world a new world.”

Joanna Macy, root teacher of The Work That Reconnects,  refers to the old world as the “Industrial Growth Society,” an extractive world where unlimited growth is expected despite finite resources and profits reign supreme. The new world is a “Life-Sustaining Society,” a generative world that operates within the carrying capacity of its life-support system, both in the resources it consumes and the wastes it produces; a world where people and the earth are valued at least as much as profits.  She calls the transition from the old way to the new way, “The Great Turning.”

Energized by this turn towards love, I logged onto the basecamp site for the year-long facilitator training that I am taking for The Work That Reconnects, and as life often goes when you tune in, I happened upon this poem that perfectly weaves together all of these threads:

The Great Turning by Christine Fry

You’ve asked me to tell you of The Great Turning, of how
we saved the world from disaster. The answer is both
simple and complex:

For hundreds of years we had turned
away as life on earth grew more precarious.
We turned away from the homeless men on the streets,
the stench from the river, the children orphaned in Iraq,
the mothers dying of AIDS in Africa.

We turned away because that is what we had been taught.
To turn away, from the pain, from the hurt in another’s eyes,
from the drunken father or the friend betrayed.
Always we were told, in actions louder than words, to turn away, turn away.
And so we became a lonely people caught up in a world moving too quickly,
too mindlessly toward its own demise.

Until it seemed as if there was no safe place to turn.
No place, inside or out, that did not remind us of fear or terror,
despair and loss, anger and grief.

Yet one of those days someone did turn.

And then another turned.
And another. And another.
And as the wept, they took
each other’s hands.

Until whole groups of people were turning.
Young and old, gay and straight. People
of all colors, all nations, all religions.
Turning not only to the pain and hurt
but to the beauty, gratitude and love.
Turning to one another with
forgiveness and a longing
for peace in their hearts.

At first the turning made people dizzy, even silly.
There were people standing to the side gawking, criticizing,
trying to knock the turners down.
But the people kept getting up, kept helping one
another to their feet. Their laughter and kindness brought others
into the turning circle until even the naysayers began to smile and sway.

As the people turned, they began to spin, reweaving the
web of life, mending the shocking tears, knitting it back
together with the colors of the earth, sewing on tiny
mirrors so the beauty of each person, each creature, each
plant, each life form might be seen and respected.

And as the people turned, as they spun
like the earth through the universe, the web wrapped
around them like a soft baby blanket, making it clear all
were loved, nothing separate.

And this love reached into every crack and crevice, the
people began to wake and wonder, to breathe and give
thanks, to work and celebrate together.

And so the world was saved, but only as long as you, too,
sweet one, remember to turn.

Finally, I want to thank the hundreds of people who turned towards my step-daughter Lauren and her husband Ryan last night for his Help Hope Live Kidney Transplant Fundraiser. The love and gratitude in the room were palpable and it was such a powerful example of the ways in which we can make a difference in each other’s lives.

What will you turn towards?

To read more about how to be a part of The Great Turning, see How to Be Part of the Earth’s Immune System and to imagine what a Life-Sustaining Society could look like, check out Revisioning Community.

*Featured image is Coming Together by Kerstin Zettmar